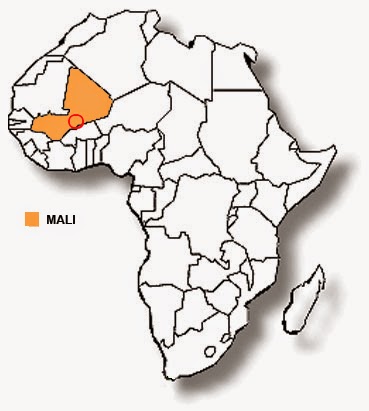 Located in Mali West Africa, the Dogon have a rich culture dating to around 3200 BCE, and are believed to be a hybrid ethnic group descended from a mixing of the ancient Egyptians of North Africa with various other sub-Saharan tribal populations.


Deeply rooted traditions of the Dogon people speak of the Nommos who visited from a companion star to Sirius. The Nommos are known as advanced beings who have also appeared in numerous related myths found in the Sumerian and other Mesopotamian cultures.


Sirius' companion star has a 50 year elliptical orbit and is not visible to the naked eye. According to some research, modern astronomers did not know the companion star existed until the Dogon myth was discovered. They tell us how the Nommos shared the knowledge of Sirius with them and left behind several artifacts. One artifact depicting the Sirius constellation carbon dates to 400 years ago, a little over 230 years before astronomers suspected the existence of the companion star.


The Dogon people were first documented over a several year study performed by anthropologist Marcel Griaule. In his research notes we find conversations between Griaule and a Dogon elder named Ogotemmeli, who speaks of multiple companion stars in the Sirius system. 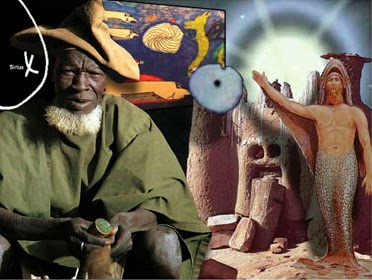 There are entries suggesting the Nommos visited on a very large star ship on several occasions, and the notes also indicate Dogon people knew of Saturn's rings, and the many moons of Jupiter.

Every 60 years Dogon people celebrate the cycle of Sirius A and B which rises further questions considering Sirius B's 50 year cycle.

Dogon mysteries mention another star in the system, which would be called Sirius C if confirmed by modern telescopes. Nommos are believed to inhabit a planet orbiting Sirius C though mainstream science does not consider the Sirius constellation to be a prime candidate for life.

Credo Mutwa, the 94-year-old Zulu shaman or "sanusi" in South Africa, claims that this picture he had painted of tall, blond-haired, blue-eyed beings had been seen by black African tribes people throughout that continent long before the white Europeans arrived. Credo, the official historian of the Zulu nation, said that when the Europeans first came, the black Africans thought they were the return of these same white "gods", which they called the Mzungu (see his paintings below). As a result they called the European settlers by the same name, which is still used today. 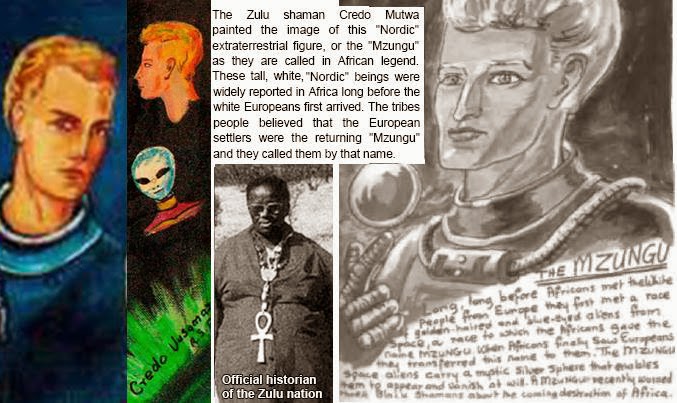 This was very much the same reaction as the Central American peoples when Cortes and his Spanish invasion party arrived in 1519 and they thought that he was the returning god, Quetzalcoatl, another god described as tall, bearded, and with piercing blue eyes.

The Feathered Serpent God appears in many ancient cultures and Mesoamerican legends. He was called Viracocha by the Incas, Kukulkan by the Mayas, Quetzalcoatl by the Aztecs, Gucumatz in Central America, Votan in Palenque and Zamna in Izamal. He and his ‘men’ were usually described as being bearded with white skin, and deep blue eyes.

Posted by Atlantean Gardens at 8:31 AM