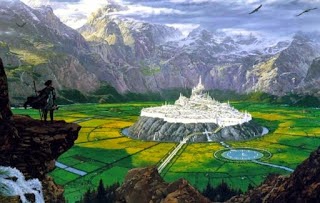 ﻿The legendary pre-flood civilizations like Atlantis, Thule, and Hyperborea were said to have been built on highly advanced science and technology, with a possibly direct connection with what is happening now around the world.

Sir Francis Bacon, a key leader in the Rosicrucians which later became known as the Illuminati, planned for America to become the “New Atlantis” and the center of the New World Order about a hundred years before America became a nation. To better understand the occult connections between antediluvian civilizations, such as Atlantis or Thule, and modern times, it becomes necessary to review the accounts of those who supposedly established these civilizations.

In the pre-Flood world of Noah, it is written that there was interspecies breeding going on between the “sons of God,” or the B’nai Elohim and mortal human women. The ancient rabbinic scholars believed that the term “sons of God” specifically referred to fallen angels and this was in fact the teaching of the early church for several hundred years. 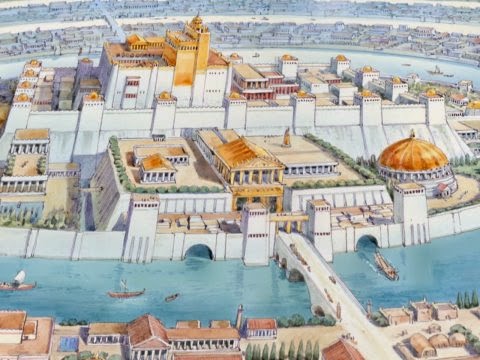 The offspring of these fallen angels procreating with human women where called the Nephilim. Much of these stories have been effectively suppressed for centuries and banned from inclusion in later versions of the Bible, but have been recently re-discovered; for example in passages from The Book of Enoch.
There are numerous other universal mythologies of pre-Flood civilizations that speak of these god men coming from the stars and seeding the human race.

In addition, traditional theories of evolution are starting to be replaced by a "new" understanding that the humanity on Earth was likely seeded by beings from other worlds.

Anomalies which may indicate highly advanced pre-Flood civilizations include the monolithic monuments that survived the Flood which ended the Pleistocene era, as well as massive architectural wonders such as the pyramids, Sphinx and the Incan and Mayan monuments. Many of these structures could only have been built with math and coordination belonging to a high civilization, and technology that is superior to that which was said to be available. 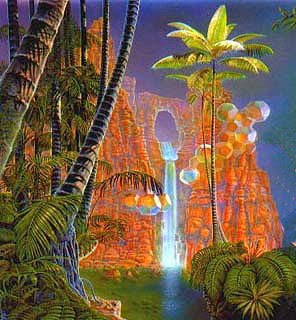 One of the forces supposedly used by certain groups in these pre-Flood times was a mysterious life energy, that the Nazis re-discovered, called the Vril force. The Vril force, the energy fields studied by Nicola Tesla, and what is now called scalar technology are based on similar theories deriving from quantum mechanics.

Scalar Technology is based on the theory that there is a fourth dimension where powerful energies for destruction or healing on a planetary level can be transferred into our three dimensional reality and change that reality.

The Nazi concept of a Vril force is based on the idea that a race of god men came from the stars in ships powered by this force and settled on the legendary island of Thule where they founded the civilization called Hyperborea. 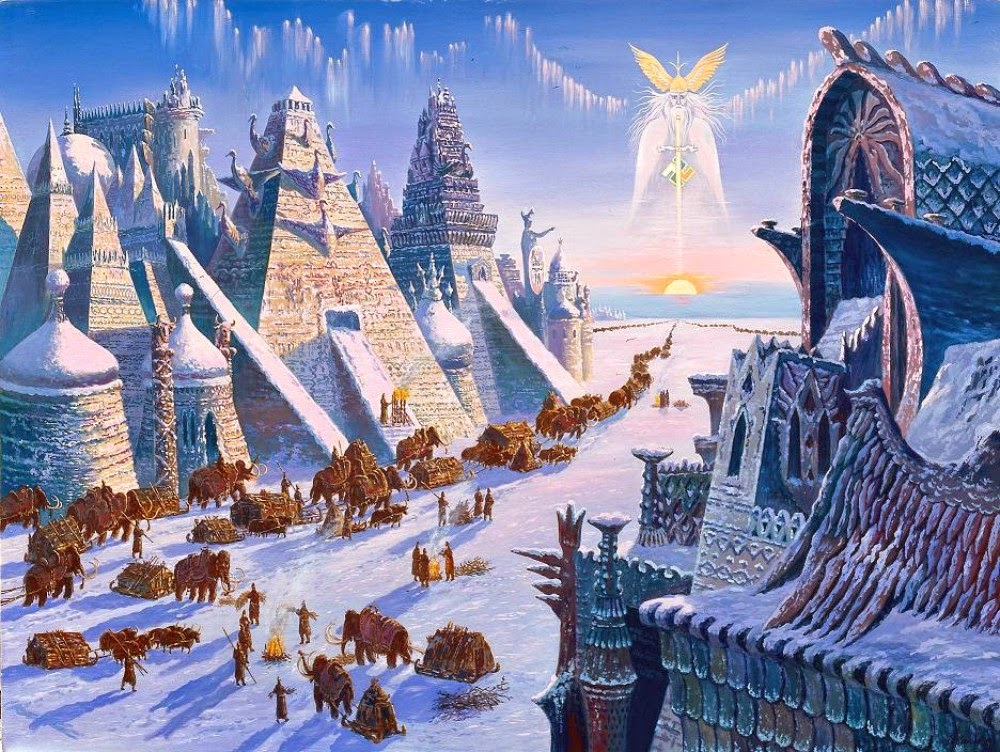 The secret occult societies that put Hitler into power were extremely interested in Antarctica beginning in the 1930s. The Vril and Thule societies diligently researched the ancient Tibetan, Indian, and Greek historic texts concerning pre-history.  They were conducting the type of archeology that the Indiana Jones movies were based on.

Documenting the cultural, linguistic, and genetic similarities of these legends with the Nordic legends of blonde haired blue eyed "gods", the occult societies that influenced NAZI ideology came to their conclusion that the Earth undergoes periodic global cataclysms, and that vast portions of the inner Earth is hollow and has been inhabited within for many millennia by another unknown branch of humanity.

Ultima Thule is supposed to have been the name of the capital city of the continent of Hyperborea, which was older than Atlantis. According to occult teachings, the Hyperboreans were the most highly technologically and socially advanced society that existed in the pre-Flood age. 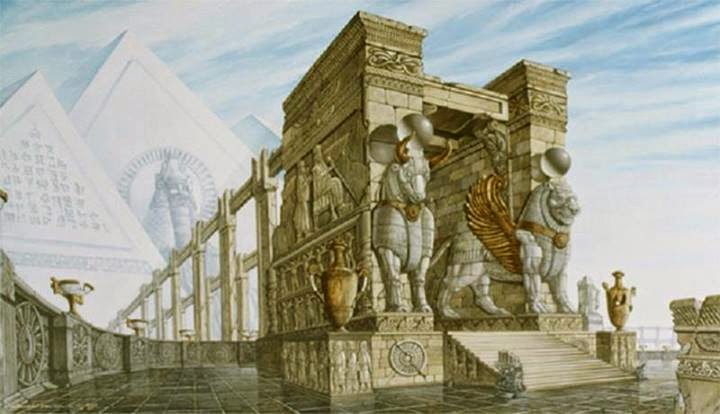 When the Flood came the Hyperboreans used the large tunnels which penetrate through the Earth’s crust to permanently settle under the Himalayas.

According to some legends they named their new kingdom Agharta or Agharti and its capital city was Shamballah, which was the mythical paradise below the surface of the Earth.
There are many scientists and researchers who believe that the founders of Hyberborea, Atlantis, Thule and other ancient civilizations were beings from other planets.

There are also a growing number of Biblical scholars who believe that these 'aliens' did not come from other planets, but other dimensions, and that they were actually the fallen angels who mated with human women who produced the Nephilim. The Nazis believed that the Nordic-looking "gods" who came from the stars were a genetically distinct race from another world, had RH negative blood type, and did not "evolve" from apes in Africa. 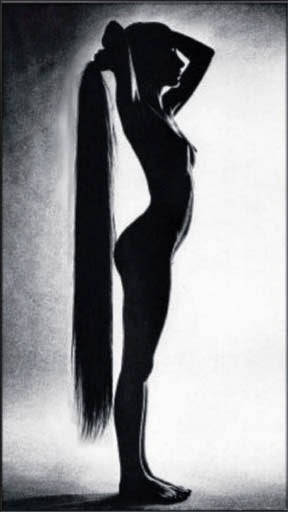 The Nazis supposedly were aided by a group of attractive females with clairvoyant powers called the Vril Maidens who could channel scientific and technological information including rocket design and even how to build UFO-type flying machines. The Vril Maidens were not only famous for their gifted psychic ability, but for wearing their hair long and never cutting it. They claimed that a planet around the Aldebaran star system was inhabited by a race of people similar to ourselves with a possible shared ancestry. The entire Nazi secret energy and propulsion program went hand in hand with their understanding of alternative physics and their occult science of consciousness. Nazi scientists working on their most top secret programs relied on the occult Vril power, a form of usable free energy, genetic manipulation, and ancient occult meditation techniques. Unfortunately, much of this technology was later used for mind control, both by the Nazi war machine and the allied powers that defeated them. Werner von Braun, the founder of America’s NASA space program, was an elite Nazi scientist who had advanced technology on propulsion and rocketry. During Operation Paperclip, when America, in competition with Russia over Nazi scientists after World War II, smuggled in over 8,000 scientists. These scientists brought with them their occult practices and beliefs, along with the science which the US further developed for mind control (see MKULTRA). 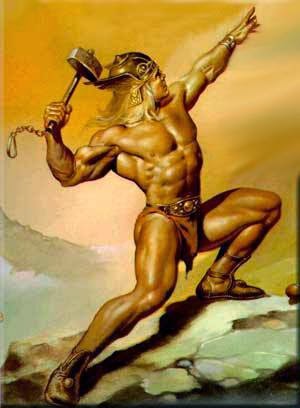 In 1871, British novelist Edward Bulwer-Lytton, in The Coming Race, described a superior race called the Vril-ya, who lived underground and sustained themselves with the Vril force or psychokinetic energy. They may have been the descendants of the Hyperboreans, inhabitants of the island of Thule. The Hyperboreans supposedly harnessed the power of Vril to manipulate matter and energy, enabling them extended lifespans and existing in what some might regard as a god-like existance.

The German philosopher Friedrich Nietzsche (1844-1900) wrote of the Übermensch (Superman) in his work, Der Antichrist. Nietzsche wrote “Let us see ourselves for what we are. We are Hyperboreans. We know well enough how we are living off that track.”

When Nietzsche published “The Will to Power” he was speaking of the Vril force and spoke of “the herd,” meaning the ordinary people who live by laws imposed by the corrupt State. In contrast Nietzsche spoke of the supermen who tap into a supernatural divine force that raises them above the ordinary man.

Journey to the Inner Earth - Species with Amnesia

Posted by Atlantean Gardens at 3:39 PM