The F/A-18 Hornet is a twin-engine, supersonic, all-weather, carrier-capable, multi-role combat jet, designed as both a fighter and attack aircraft. With a top speed of almost 1,200 miles per hour, and a price tag of around 50 million dollars it is considered to be one of the most elite flying machines of its day. Operation Highjump, officially titled The United States Navy Antarctic Developments Program, 1946–1947, was a United States Navy operation organized by Rear Admiral Richard E. Byrd.

Europeans Made Artificial Islands Over 5,600 Years Ago - ROBERT SEPEHR

Hundreds of tiny islands around Scotland didn't arise naturally, but were constructed out of boulders, clay and timbers by Neolithic people thousands of years ago. Researchers have known about these artificial islands, known as crannogs, for decades, but new finding not only shows that these crannogs are much older than previously thought but also that they were likely "special locations" for Neolithic people, according to nearby pottery fragments found by modern divers, the researchers wrote in a new study published online June 12 in the journal Antiquity.

A massive prehistoric wolf’s head that’s been encased in permafrost for 30,000 - 40,000 years, with its fur and teeth still intact, was discovered in Russia. Paleontologists believe the wolf was fully grown at 2 to 4 years old when it died.

The Swedish Museum of Natural History plans to study the wolf’s DNA, fur and skull, with help from scientists in Japan, Russia, the United States and other nations. They plan on creating a digital model of the brain and the skull’s interior, as well as using some of the ancient wolf’s DNA to try to sequence the species’s genome, which will take at least another year and a half to complete. Although the prehistoric wolf went extinct at the end of the ice age, its genetic legacy lives on in modern dog breeds.

Europe is the only region projected to see a decline in its total population between 2010 and 2050. Although Christians will continue to be the largest religious group in the region, Europe’s Christian population is expected to drop by about 100 million people, falling from 553 million in 2010 to 454 million in 2050.

The remaining religious groups in Europe are projected to grow in number due to a combination of higher fertility, younger populations and net gains via migration and religious switching.

Posted by Atlantean Gardens at 7:03 AM No comments:

Legend and Mystery of the Holy Grail - ROBERT SEPEHR

In medieval legend, the cup used by Jesus at the Last Supper, and in which Joseph of Arimathea received Christ's blood at the Cross. Quests for it undertaken by medieval knights are described in versions of the Arthurian legends written from the early 13th century onward. Some researchers have concluded that the legendary Holy Grail is simultaneously the womb of Mary Magdalene and the sacred royal bloodline she gave birth to.

Water is the symbolic element of emotion and the unconscious, the color Blue, the Moon or Venus, the Zodiac Signs: Cancer, Scorpio, Pisces, the fall season, the sunset, and the cup or grail.

In classical antiquity, Illyria was a region in the western part of the Balkan Peninsula inhabited by numerous tribes of people collectively known as the Illyrians. Besides them, this region was also settled, in various times, by some tribes of Celts, Goths and Thracians.

The Thracians were a group of Indo-European or Aryan tribes inhabiting a large area in Eastern and Southeastern Europe. They spoke the Thracian language – part of the Indo-European language family, and in the Iliad are described as allies of the Trojans in the Trojan War against the Ancient Greeks. 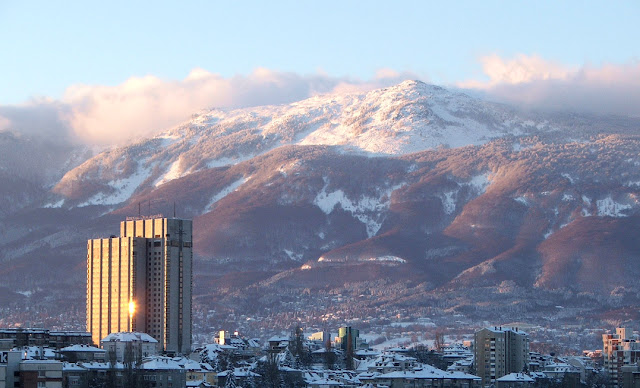 There were about 200 Thracian tribes, with A strong Dacian state appeared in the first century BC, Including the Illyrians, who inhabited part of the western Balkans, which came to be known as Illyria to Greek and Roman authors, who identified a territory that corresponds to Croatia, Bosnia and Herzegovina, Slovenia, Montenegro, Kosovo, part of Serbia and most of central and northern Albania.

The Varna culture belongs to the later Neolithic of northeastern Bulgaria, dated ca. 4400-4100 BC. The Balkans, also known as the Balkan Peninsula, is a geographic area in southeastern Europe.