The heavens he set as a crown upon my head,
the earth he set as sandals on my feet,
a holy robe he wrapped around my body,
a holy scepter he placed in my hand.


The gods are sparrows, I am a falcon." 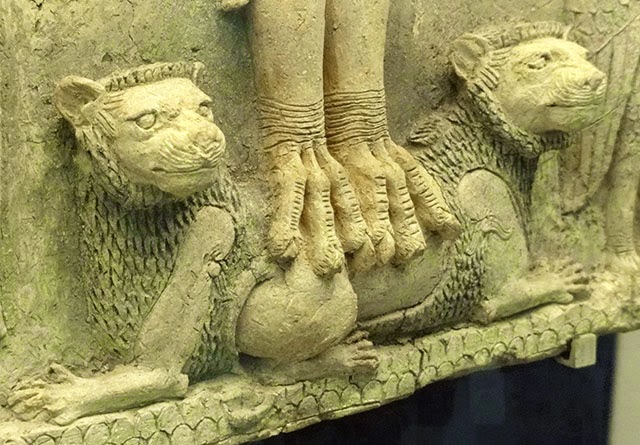 Ishtar is the East Semitic, Akkadian, Assyrian, and Babylonian goddess of fertility, love, war, and sex. She is the counterpart to the Sumerian Inanna, and is the cognate for the goddess Astarte.

The Ishtar Gate was the eighth gate to the inner city of Babylon. It was constructed in about 575 BC by order of King Nebuchadnezzar. The roof and doors of the gate were of cedar, according to the dedication plaque.

Through the gate ran the Processional Way, which was lined with walls covered in lions (about 120 of them) on blue glazed bricks. She was associated with, and often shown in the company of, a lion.

Inanna figures in various myths and epics, including The Epic of Gilgamesh. She got Enki drunk and tricked him into bestowing many attributes and powers upon her. In the myth The Elevation of Inanna, Enki, An and Enlil all give their powers to Inanna, making her the Queen of the Universe. 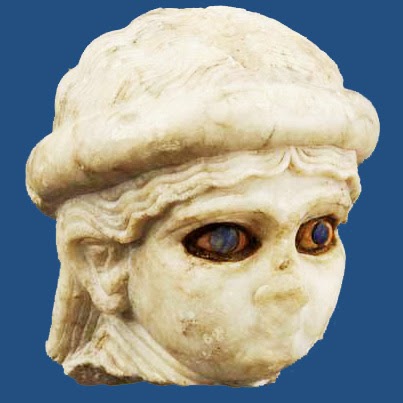 Inanna is a femme fatale whose lovers always seem to come to grief. She is impatient, impetuous, and demanding. Gilgamesh risked death when he spurned her advances, comparing her to a back door that would let cold air into the house.

The original Dance of the Seven Veils was Inannaís descent into the Underworld, her sister Ereshkigalís realm, where she was gradually stripped naked as she passed through the seven gates. First went her crown, next earrings, then necklace, breast pins, belt of birthstones, then bracelets and finally her gown.

No acts of procreation took place on earth while Inanna was in the Underworld.


When she discovered that her only way out was in exchange for someone else, she betrayed Damuzi into taking her place. Inanna's time in the Underworld is a myth of the lunar cycle, Damuzi's a myth of the seasons.

Species with Amnesia
Posted by Atlantean Gardens at 5:29 PM