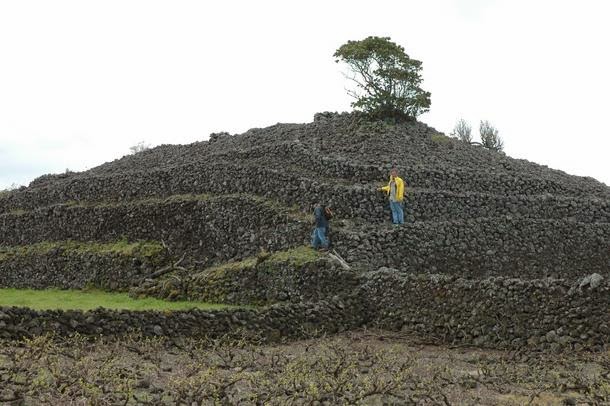 One of the 140 pyramids, built with basalt volcanic rock, studied by archaeologists on the Azores islands in the middle of the Atlantic ocean. Possibly pre-dating the arrival of the Portuguese or Spanish by millenia, some are up to 13 meters high (equivalent to a building housing four floors) with chambers inside. "More amazing is the fact that these structures obey the same guidelines of other pyramids," said archaeologists working on the site. 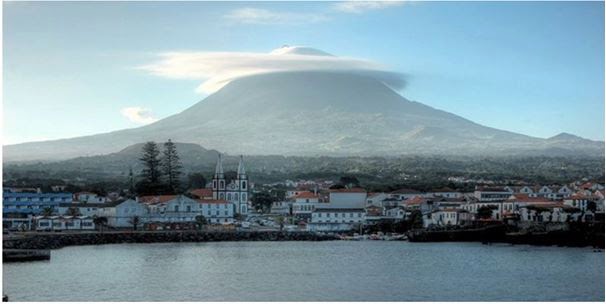 Hooks, metal spikes, bones, shells, weights for fishing nets, utensils made of basalt, coal fragments and pieces of pottery were discovered in the first archaeological surveys authorized by the Azores Regional Government to the pyramid structures of Pico.

The pyramids are almost all concentrated in an area of ​​6 km in the district of Magdalena, near the west coast of the island dominated by the highest mountain in Portugal (2351 meters), public disclosure was made today.
The surveys were performed by Nuno Ribeiro and Anabela Joaquinito, who are enthusiastic about the deposits of ancient artifacts they have found, and it seems they were constructed much earlier than the date of discovery of the Azores by the Portuguese (1427).

But the two archaeologists from the Portuguese Association of Archeological Research (APIA), which are being supported by the Municipality of Magdalena, have a vast exploration work ahead.
There are dozens of pyramids on the site, reaching up to 13 meters in height, the equivalent of a four story building. But of the 140 pyramid structures studied, many destroyed or partly demolished by earthquakes or human action. 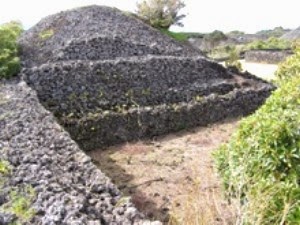 One structure is an architectural complex that includes organized pyramidal buildings to create a large square. "This organization of space can not be explained simply by the cleaning the land for agricultural purposes, it will have involved a great planning and a collective work that took several years to build, always following the same architectural design," argues Nuno Ribeiro.
"More amazing is the fact that these structures satisfy the same guidelines of other pyramids around the world, with apparent astronomical motivations also suggesting burial rituals," the archaeologist added.
"I'm in Mexico," said Romeo Hristov, an archaeologist at the University of Texas at Austin (USA), when he visited the Pico pyramids last April.  Hristov belongs to the academic current that defends the existence of regular contacts between the ancient civilizations of the Mediterranean and America. "The structures of Pico are very perfect, imply a huge amount of work that is justified not only by the needs of agriculture," considers the archaeologist. Moreover, "there is a strict astronomical orientation, access ramps and associated with the concept of the sacred structure stairs."
The archaeologists explain that some of these pyramids have cameras inside and one of them was the subject of intensive archaeological surveys. "The camera is small and the hallway is extremely narrow and long, it is not practical for any agricultural use."

The director of the Department of Archaeoastronomy APIA used geographic information tools in this first investigation and concluded that most of the pyramids are oriented towards the southeast / northwest. Southeast is the direction of the volcano of Pico Island and northwest corresponds to the setting sun on the summer solstice, which happens on the island of Faial, very close to Pico. The remaining pyramids have a perpendicular orientation to the first. Fernando Pimenta admits that "It seems to be intentional - not just a coincidence - the geographical orientation of the buildings and the site selection for its implementation".
SOURCE: http://expresso.sapo.pt/arqueólogos-revelam-segredos-das-pirâmides-da-ilha-do-pico=f827624


♥ Legendary Pre-Flood Civilizations ♥
Posted by Atlantean Gardens at 5:08 AM