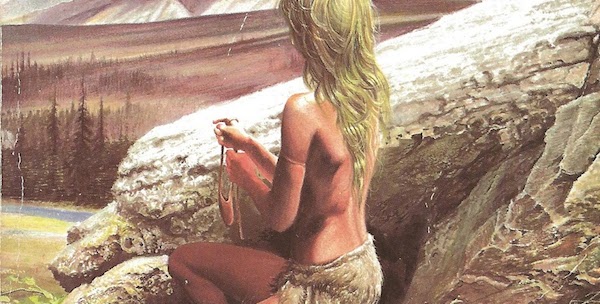 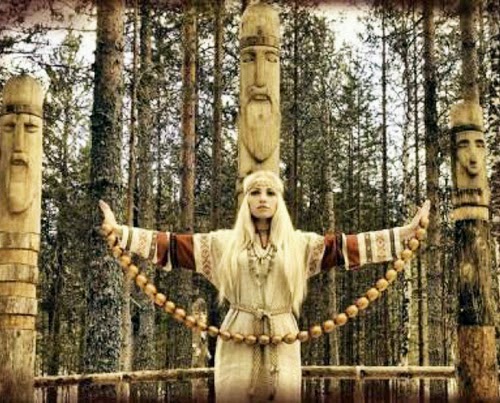 If Neanderthal is supposed to have lived in Europe beginning 300,000 years ago and Cro-Magnon for the last 30,000 years or so and it turns out that their “Modern” DNA is unchanged since that time; when did we do all that evolving?

A Cro-Magnon DNA sequence 28,000 years old was obtained from fossil bones discoverd in the Paglicci cave, in Italy. The results show that the DNA is identical to the DNA sequences of certain modern Europeans.

The DNA sequence has remained static and unchanged in over 28,000 years.

Of course this means that Cro Magnon was a fully modern individual who perhaps was built more strongly and had a larger brain capacity.

The study went further. They sequenced the DNA of the 123 people who could have been in contact with the fossils since their discovery to rule out contamination by modern humans.

That should shut the mouth of the naysaying scientists who were having a wee bit of trouble seeing their cave man vanish into thin air.

A short time ago, in another article earlier this year, about Neanderthal man scientists reported that their DNA sequencing of a “38,000 year old Neanderthal man showed that his DNA matched “modern man” by 99.99%. That’s the same DNA match that exists between any two people living today.

That being said, science has now found that the entire cave man evolutionary myth, made “real” by portraying “Cro-Magnon” and “Neanderthal man” as short, brutish, dumb and hairy “cave men” has been replaced with a new reality, which unlike most of Darwinism is actually backed up by the fossil record.

Cro Magnon and Neanderthal, both had larger brains than modern man, and neither were ever found in Africa.

As enlightening as these findings are, the authors still claim that these two populations lived side by side by as much as 10,000 years without interbreeding, which could seem plausible if you’re convinced you’re dealing with a “pre-human group” and a “human group”. The truth is however, that we’re dealing with men as modern as you and I. Recent sequencing of the neanderthal genome has conclusively shown that not only did Cro Magnon and Neanderthal interbreed, but that all current Caucasian and Asian populations share Neanderthal genetics. The article abstract follows;

Abstract Background
DNA sequences from ancient speciments may in fact result from undetected contamination of the ancient specimens by modern DNA, and the problem is particularly challenging in studies of human fossils. Doubts on the authenticity of the available sequences have so far hampered genetic comparisons between anatomically archaic (Neandertal) and early modern (Cro-Magnoid) Europeans.

Methodology/Principal Findings
We typed the mitochondrial DNA (mtDNA) hypervariable region I in a 28,000 years old Cro-Magnoid individual from the Paglicci cave, in Italy (Paglicci 23) and in all the people who had contact with the sample since its discovery in 2003. The Paglicci 23 sequence, determined through the analysis of 152 clones, is the Cambridge reference sequence, and cannot possibly reflect contamination because it differs from all potentially contaminating modern sequences.

Conclusions/Significance:
The Paglicci 23 individual carried a mtDNA sequence that is still common in Europe, and which radically differs from those of the almost contemporary Neandertals, demonstrating a genealogical continuity across 28,000 years, from Cro-Magnoid to modern Europeans. Because all potential sources of modern DNA contamination are known, the Paglicci 23 sample will offer a unique opportunity to get insight for the first time into the nuclear genes of early modern Europeans.

Posted by Atlantean Gardens at 11:04 AM