"The group that’s behind the network of control, one of these groups are hominids, they’re not human beings. They are very smart, they are not creative, they are mathematical. They had a much stronger force in the earlier ice-age. They have elongated skulls, they may produce offspring in mating with female humans, but that offspring is not fertile. We live in a world of secret societies, and secrets, and the information that ought to be public is not public.” (watch video below)

﻿
﻿
These are some of the shocking statements that came from Karen Hudes shortly after gaining attention for being a credible world bank whistleblower, stating that the world is in a “currency war,” that the Federal Reserve continues to print money and if they keep going at the pace they are on, other countries will no longer accept this currency. 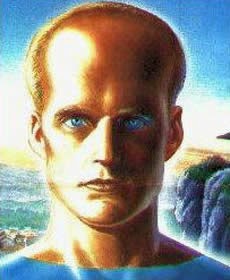 Much of what she has to say corroborates with ancient historical and archeological evidence, as well as modern day disclosures of other strange phenomenon, like UFOs, secret societies and more. For someone like this to gain credibility as a World Bank whistle-blower and then all of a sudden make a comment like this is quite shocking.

There is an enormous amount of growing evidence out there to suggest we are not alone, and that we have indeed been visited.  In the above interview with Red Ice Radio, Karen goes on to say:

Karen held her senior position at the World Bank for twelve years before deciding to blow the whistle on the World Bank and corruption within it. She studies law at Yale Law School and economics at the University of Amsterdam. She worked in the US Export Import Bank of the US from 1980-1985 and in the Legal Department of the World Bank from 1986-2007. She established the Non-Governmental Organization Committee of the International Law Section of the American Bar Association and the Committee on Multilateralism and the Accountability of International Organizations of the American Branch of the International Law Association.
Posted by Atlantean Gardens at 11:46 AM