Is man on the threshold of a new world or merely stuck on a circular treadmill repeating the doomed lessons from history which he never seems to learn? A growing number of scholars believe the world’s macabre fascination with nuclear war is just the latest repeat in a series of blunders human technology seems obsessed with repeating. 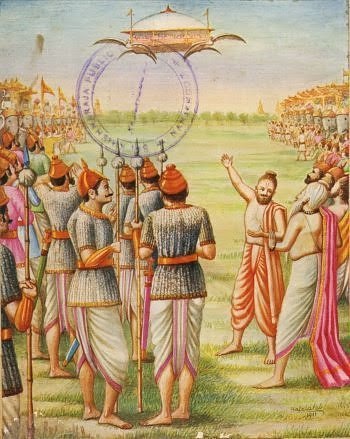 Ancient tales speak of flying vimanas. Vimanas were described as real vehicles and were said to have the ability to travel, and deliver explosives, at high speeds.  Great wars were described in early religious texts. Weapons could literally level the land like a moving force field.

In ancient India, we find words for certain measurements of length; one was the distance of light-years and one was the length of an atom. Only a society that possessed nuclear energy would have the need for such words.

When Oppenheimer said ‘I am become the destroyer of worlds,’ he was quoting from these ancient Vedic texts. Believe it or not, the deserts on a number of continents today are said to be the result of (prehistoric) nuclear warfare.

In fact, Indian sacred writings are full of such descriptions, which sound like an atomic blast as experienced in Hiroshima and Nagasaki.

The architect of the modern atomic bomb who was in charge of the Manhattan project was asked by a student after the Manhattan explosion, “How do you feel after having exploded the first atomic bomb on earth”. Oppenheimer’s reply for the question was , “not first atomic bomb, but first atomic bomb in modern times”. He strongly believed that nukes were used in ancient India. what made oppenheimer believe that it was a nuclear war was the accurate descriptions of the weapons used in the Mahabharatha war in the epic which match with that of modern nuclear weapons.

An example of one such mention of ancient atomic battle is described in the Drona Parva, a section of the Mahabharata.  The passage tells of combat where explosions of final weapons decimate entire armies, causing crowds of warriors with steeds and elephants and weapons to be carried away as if they were dry leaves of trees.

"a single projectile charged with all the power of the Universe. An incandescent column of smoke and flame As bright as the thousand suns Rose in all its splendour…

"a perpendicular explosion with its billowing smoke clouds… the cloud of smoke rising after its first explosion formed into expanding round circles like the opening of giant parasols…
"it was an unknown weapon, an iron thunderbolt, a gigantic messenger of death, which reduced to ashes The entire race of the Vrishnis and the Andhakas. …The corpses were so burned as to be unrecognizable. The hair and nails fell out; Pottery broke without apparent cause, And the birds turned white. After a few hours All foodstuffs were infected… to escape from this fire, the soldiers threw themselves in streams to wash themselves and their equipment."
“Dense arrows of flame, like a great shower, issued  forth, encompassing the enemy… A thick gloom swiftly settled upon the hosts. All points of the compass were lost in darkness.  Fierce wind began to blow upward, showering dust and gravel. Birds croaked madly… the very elements seemed disturbed.  The earth  shook,  scorched  by the terrible violent heat of this weapon.  Elephants burst into flame and ran to and fro in a frenzy… over a vast area, other animals crumpled to the ground and died.  From all  points  of  the compass  the  arrows  of  flame  rained
continuously and fiercely." - The Mahabharata
If the above was not enough to convince you, let's examine something from the Ramayana:

“It was a weapon so powerful that it could destroy the earth in an instant. A great soaring sound in smoke and flames And on its sits death…” - The Ramayana 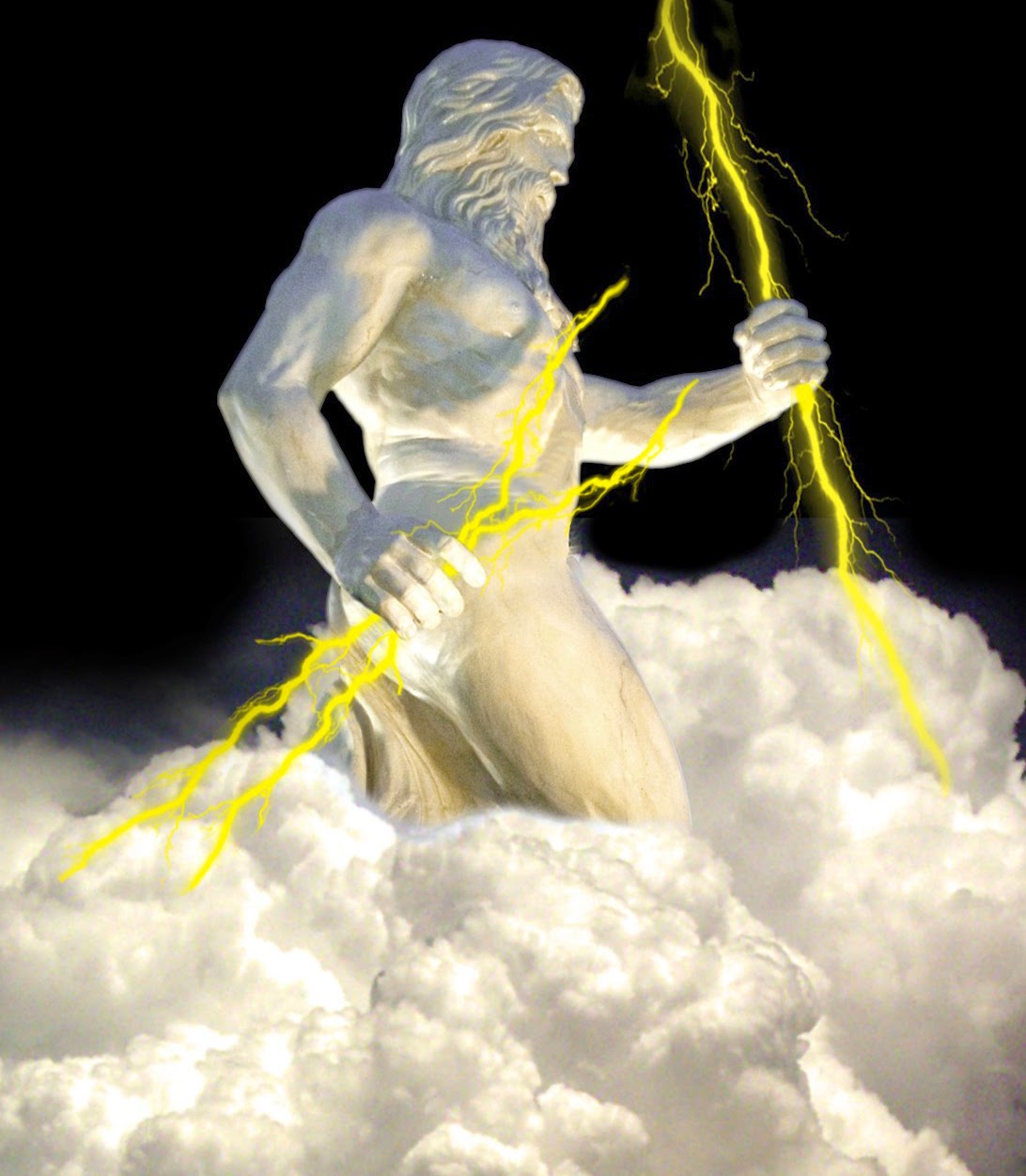 “The hot vapor lapped around the Titans, of Gaea born, flame unspeakable rose bright to the upper air. The Flashing glare of the Thunder-Stone, its lightning, blinded their eyes-so strong it was. Astounding heat seized Chaos…It seemed as if Earth and wide Heaven above had come together, a mighty crash, as though Earth was hurled to ruin. Also were the winds brought rumbling, earthquake and dust storm, thunder and lightning.” (Sitchin, 1985).

“A flame shot forth from the stricken lord in the dim, rugged, secluded valley of the Mount, when he was smitten. A great part of huge earth was scorched by the terrible vapor, melting as tin melts when heated by man’s art…in the glow of a blazing fire did the earth melt down.” (Sitchin, 1985).


In 1996 in the Egyptian Museum in Cairo, Italian mineralogist Vincenzo de Michele spotted an unusual yellow-green gem in the middle of one of Tutankhamun's necklaces. The jewel was tested and found to be glass, but intriguingly it is older than the earliest Egyptian civilization.  Geologists traced its origins to unexplained chunks of glass found scattered in the sand in a remote region of the Sahara Desert.  But the glass is itself a scientific enigma. How did it get to be there and who or what made it?

During the first Egyptian “pyramid war”, between Horus and Seth, Horus strikes: “…(and he) let loose against them a storm which they could neither see with their eyes, nor hear with their ears. It brought death to all of them in a single moment…” (Sitchin, 1985)

An Austrian astrochemist Christian Koeberl had established that the glass had been formed at a temperature so hot that there could be only one known cause: a meteorite impacting with Earth. And yet there were no signs of a suitable impact crater, even in satellite images. 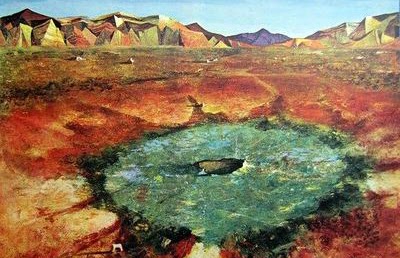 - “…and the Lord sent thunder and hail, and the fire ran along upon the ground; and the Lord rained hail upon the land of Egypt.” – Exodus 9:23

“And it came to pass, as they fled from before Israel, and were in the going down to Bethhoron, that the Lord cast down great stones from heaven upon them unto Azekah, and they died: they were more which died with hailstones than they whom the children of Israel slew with the sword.” – Joshua 10:11

-“Thou shalt make them as a fiery oven in the time of thine anger: the Lord shall swallow them up in his wrath, and the fire shall devour them.” – Psalms 21:9

“A fire goeth before him, and burneth up his enemies round about.” – Psalms 97:3

“Thou shalt be visited of the Lord of hosts with thunder, and with earthquake, and great noise, with storm and tempest, and the flame of devouring fire.” – Isaiah 29:6


Species with Amnesia: Our Forgotten History
﻿
Posted by Atlantean Gardens at 7:14 PM