History of the Medes: Magi and Enchanters of Old

The Medes were a people of Indo-Iranian (Aryan) origin who inhabited the western and north-western portion of present-day Iran. By the 6th century BC (prior to the Persian invasion) the Medes were able to establish an empire that stretched from Aran (the modern-day Republic of Azerbaijan) to Central Asia and Afghanistan. Today's population of the western part of the Iranian Plateau (including many Persian-speakers, Kurds and Azeris) consider themselves to be descended from the ancient Medes.
Apart from a few personal names, the original Aryan language of the Medes is almost entirely unknown. It was most likely similar to the Avestan and Scythian languages (proto-Indo-European/Iranian) 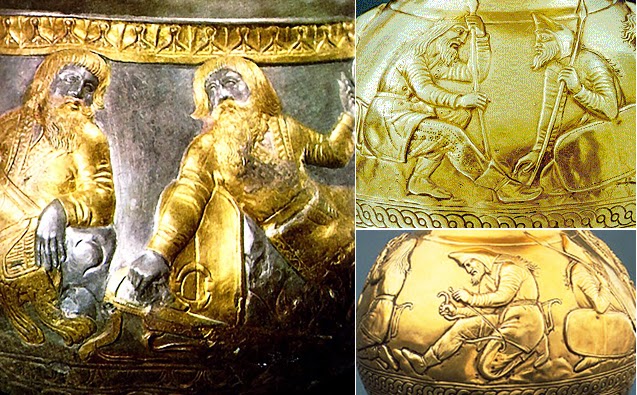 Herodotus lists the names of six Mede tribes or castes. Some of these are similar to tribal names of the Scythians, suggesting a definitive link between these two groups.

Herodotus also mentions that "the Medes had exactly the same equipment as the Persians; and indeed the dress common to both is not so much Persian as Median."

Early historical references to Medes
The origin and history of the Medes is quite obscure, as we possess almost no contemporary information, and not a single monument or inscription from Media itself. 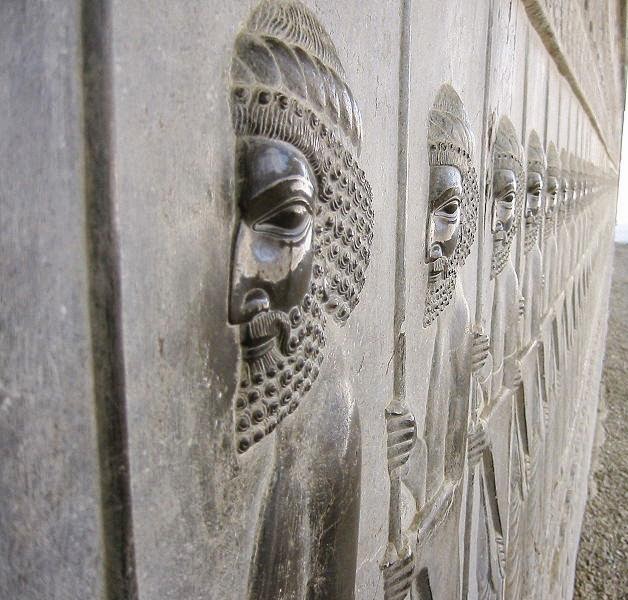 The story that Ctesias gave (a list of nine kings, beginning with Arbaces, who is said to have destroyed Nineveh about 880 BC, preserved in Diod. ii. 32 sqq. and copied by many later authors) has no historical value whatever; though some of his names may be derived from local traditions.

Josephus relates the Medes (OT Heb. Madai) to the biblical character, Madai, son of Japheth. "Now as to Javan and Madai, the sons of Japhet; from Madai came the Madeans, who are called Medes, by the Greeks" Antiquities of the Jews, I:6. Other ancient historians including Strabo, Ptolemy, Herodotus, Polybius, and Pliny, mention names such as Mantiane, Martiane, Matiane, Matiene, to designate northern Media.
At this early stage, the Medes were usually mentioned together with another steppe tribe, the Scythians were the dominant group.
They were divided into many districts and towns, under petty local chieftains; from the names in the Assyrian inscriptions, it appears they had already adopted the religion of Zoroaster.

Subjection to the Persians
In 553 BC Cyrus, king of Persia, rebelled against his suzerain, the Mede King Astyages, son of Cyaxares; he finally won a decisive victory in 550 BC resulting in Astyages' capture by his own dissatisfied nobles, who promptly turned him over to the triumphant Cyrus.

Thus were the Medes subjected to their close kin, the Persians. In the new empire they retained a prominent position; in honor and war, they stood next to the Persians; their court ceremony was adopted by the new sovereigns, who in the summer months resided in Ecbatana; and many noble Medes were employed as officials, satraps and generals.
Under Persian rule, the country was divided into two satrapies: the south, with Ecbatana and Rhagae (Rai), Media proper, or Greater Media, as it is often called, formed in Darius' organization the eleventh satrapy (Herodotus iii. 92), together with the Paricanians and Orthocorybantians; the north, the district of Matiane, together with the mountainous districts of the Zagros and Assyria proper (east of the Tigris) was united with the Alarodians and Saspirians in eastern Armenia, and formed the eighteenth satrapy (Herod. iii. 94; cf. v. 49, 52, VII. 72).

When the Persian empire decayed and the Cadusii and other mountainous tribes made themselves independent, eastern Armenia became a special satrapy, while Assyria seems to have been united with Media; therefore Xenophon in the Anabasis always designates Assyria by the name of "Media". 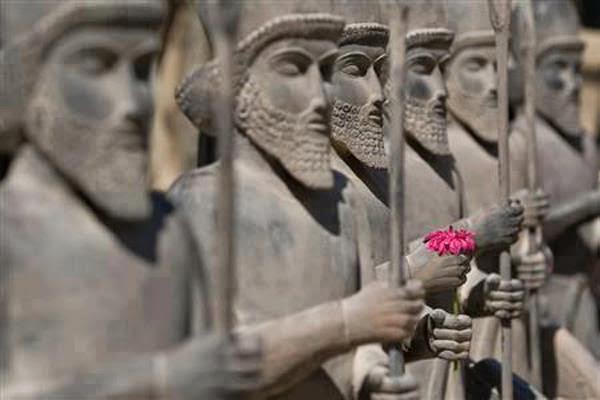 Media and Hellenistic Greece
Alexander occupied Media in the summer of 330 BC. In 328 he appointed as satrap a former general of Darius called Atropates (Atrupat), whose daughter was married to Perdiccas in 324, according to Arrian. In the partition of his empire, southern Media was given to the Macedonian Peithon; but the north, far off and of little importance to the generals squabbling over Alexander's inheritance, was left to Atropates.
Eventually the older tribes of Aryan Iran had lost their distinct character and had been amalgamated into one people, the Iranians. The revival of Zoroastrianism, enforced everywhere by the Sassanids, completed this development. It was then that Atropatene became a principal seat of fire-worship, with many fire-altars. Arsacia (Rhagae) now became the most sacred city of the empire and the seat of the head of the Zoroastrian hierarchy; the Sassanid Avesta and the tradition of the Parsees therefore consider Rhagae as the home of the family of the Prophet Zoroaster.

Magus
A Magus (plural Magi, from Latin, via Greek μάγος from Old Persian maguš) was a Zoroastrian astrologer-priest from ancient Persia, from which is derived the terms magic, magician, and also referred to as a sorcerer or wizard. The English term may also refer to a shaman.

The Greek word is attested from the 5th century BC as a direct loan from Old Persian maguš. The Persian word is a u-stem adjective from an Indo-Iranian root *magh "powerful, rich" also continued in Sanskrit magha "gift, wealth", magha-vant "generous" (a name of Indra). Avestan has maga, magauuan, probably with the meaning "sacrificer".
The Aryan or Indo-European root appears to have expressed power or ability, continued e.g. in Greek mekhos (see mechanics) and in Germanic magan (English may), magts (English might, the expression "might and magic" thus being a figura etymologica). The original significance of the name for the Median priests thus seems to have been "the powerful". Modern Persian Mobed is derived from an Old Persian compound magu-pati "lord priest".

The plural Magi entered the English language in ca. 1200, referring to the Magi mentioned in Matthew 2:1, the singular being attested only considerably later, in the late 14th century, when it was loaned from Old French in the meaning magician together with magic.

In Persian, Magi is meguceen, meaning "Fire Worshipper." Its the origin of the word magician.

Magi in the history of the Persian Empire
According to Herodotus, the Magi were the sacred caste of the Medes. They organized Persian society after the fall of Assyria and Babylon. Their power was curtailed by Cyrus, the founder of the Persian Empire, and by his son Cambyses II; the Magi revolted against Cambyses and set up a rival claimant to the throne, one of their own, who took the name of Smerdis. Smerdis and his forces were defeated by the Persians under Darius I. The sect of the Magi continued in Persia, though its influence was limited after this political setback. 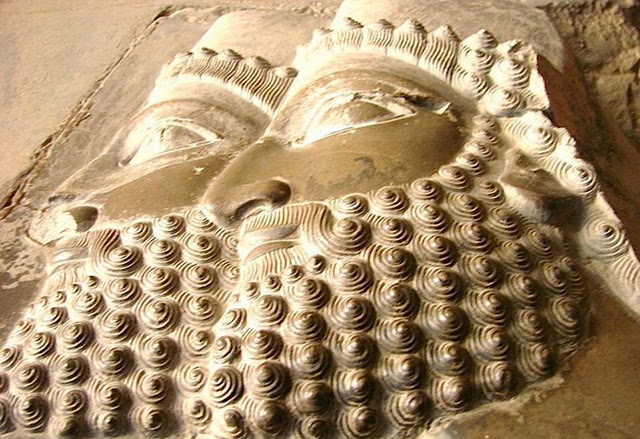 During the Classical era (555 BCE - 300 CE), some Magi migrated westward, settling in Greece, and then Italy. For more than a century, Mithraism, a religion derived from Persia, was the largest single religion in Rome. The Magi were likely involved. After invading Arabs succeeded in taking Ctesiphon in 637, Islam replaced Zoroastrianism, and the power of the Magi faded. 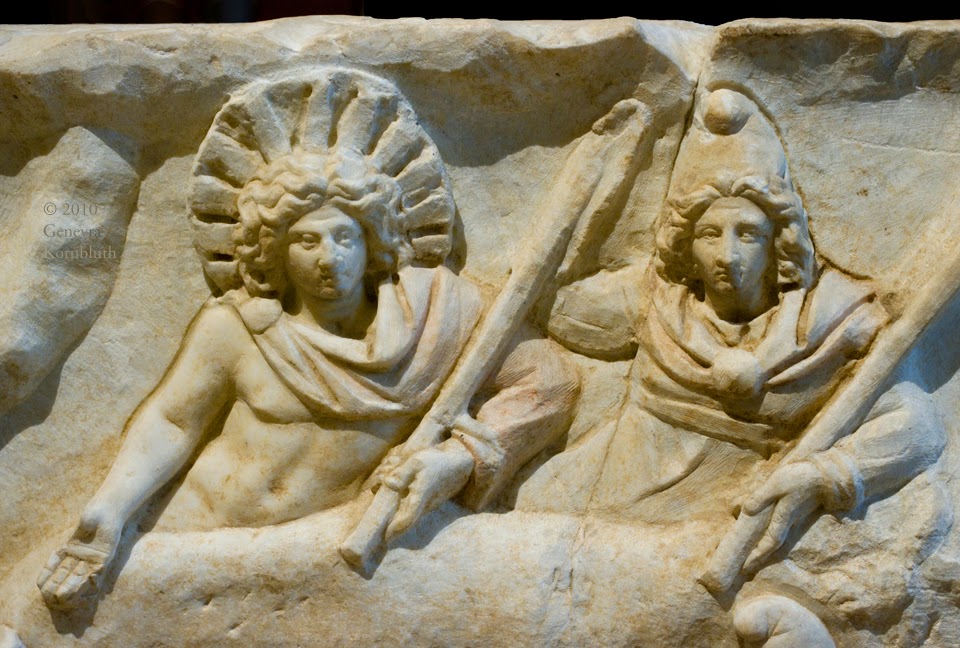 Greek use of Magos
While in Herodotus, magos refers to either a member of the tribe of the Medes (1.101), or to one of the Persian priests who could interpret dreams (7.37), it could also be used for any enchanter or wizard. The use of magoi in Matthew 2:1 of course is that of Hdt 7.37.  In Hellenism, magos started to be used as an adjective, meaning "magical", as in magas techne "ars magica" (e.g. used by Philostratus).


Scientific Research on the Aryans


Posted by Atlantean Gardens at 3:28 PM