Bodies, structures, and rock art thought to belong to an indigenous pre-Columbian culture have been unearthed at an ancient settlement in Puerto Rico, officials recently announced.  Archaeologists say the complex could be the most significant of its kind in the Caribbean. 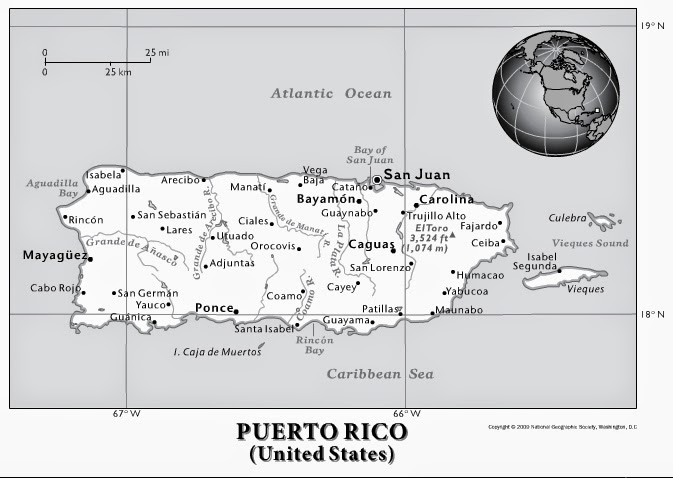 "This is a very well preserved site," said Aida Belén Rivera-Ruiz, director of Puerto Rico's State Office of Historic Preservation.
"The site seems to show two occupations: a pre-Taino and a Taino settlement." The Taino are thought to be a subgroup of the Arawak Indians who migrated to the Caribbean from Mexico or South America hundreds of years ago, experts say. They were among the first tribes to encounter Europeans.
Archaeologists have known since 1985 that the area contained indigenous artifacts. But the scope of the site became clear only recently, as the U.S. Army Corps of Engineers began construction on a new dam.
Perhaps the most significant find is a large plaza covering an area of about 130 by 160 feet. The plaza, which contains stones etched with ancient petroglyphs, might have been a court used for ceremonial rituals or ball games. 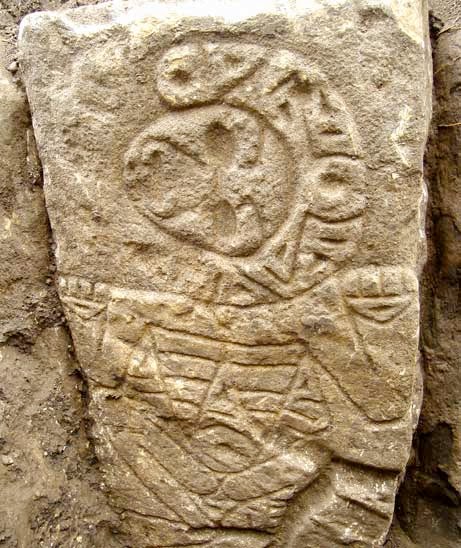 "If this information is confirmed, this would be the largest known indigenous batey in the Caribbean," Rivera-Ruiz said. Roberto Mucaro Borrero, a representative of the United Confederation of Taino People, agreed. The site "could be the largest ancient Taino cultural area found not only in Puerto Rico but throughout the Caribbean," Borrero said.
And petroglyphs of a masculine figure with frog legs could prove especially important in understanding the culture's roots, he added. "They could reveal evidence of direct links between the Taino and the Mayan peoples," he said.
Confusion and criticisms are already swirling amidst excitement over the findings. Initial reports about bodies found in several graves at the site suggest that the people were buried in unique positions. The bodies were "buried facedown with the legs bent at the knees—a style never seen before in the region," the Associated Press reported.
But Miguel Rodriguez, a member of the Puerto Rican government's archaeological council, said the burial positioning isn't unheard of in the area.
Kit Wesler, a Taino expert at Murray State University in Kentucky, also said that the "facedown position is unusual but probably not unprecedented."  Rivera-Ruiz of the state preservation office stressed that any claims about the uniqueness of the burial arrangements must await a full excavation and studies of any funerary objects.

The Patagonian Giants
Posted by Atlantean Gardens at 6:47 AM