A huge man-made pyramid has been discovered underwater off the Azores islands by Portuguese amateur sailor Diocletian Silva. "The pyramid is perfectly shaped and apparently oriented by the cardinal directions, like Giza pyramids in Egypt.", says Silva. You will not find this anywhere in mainstream media because NOAA and other underwater mapping agencies have been mapping this area near the Mid-Atlantic Ridge since the beginning of this technology. They have surely known about this pyramid for some time. 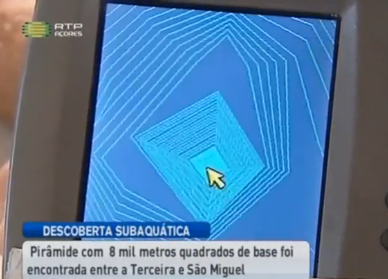 Silva found the pyramid around five months ago while fishing on his yacht in the area. He discovered the structure through bathymetric navigation and its tip is submerged around 40ft.

The 60m-tall structure was found underwater between the islands of Sao Miguel and Tercira. Its base measures 8,000 SQM - bigger than a football field - and Silva believes it was man-made. He says his find may be a remnant of the legendary lost world of Atlantis, which sank into the ocean after a failed attempt to invade Athens. The legendary Atlantis, was most famusly mentioned by the Greek philosopher, Plato in his dialogues Timaeus and Critias.


According to Plato, Atlantis was a naval power lying “across the Pillars of Hercules” that conquered many parts of Western Europe and Africa 9,000 years before the time of the legendary Athenian lawgiver Solon, i.e. in the 10th millennium BC. After a failed attempt to invade Athens, Atlantis sank into the ocean “in a single day and night of misfortune".

Legends of an advanced prehistoric civilization have been around since the beginning of history, but previously those who searched for it were divided whether or not it was located near the Azores.

From as far back as Plato it was suggested the original builders of the pyramids lived west of Gibraltar, but findings of Machu Picchu, and other curiosities led people to believe it was on the other side of the Atlantic.

Since this undersea discovery has been made off of the Azores, archeologists from the Portuguese Association of Archeological Research (APIA) have been debating the implications of the new archeological evidence that supports their belief that human occupation of the Azores predates the arrival of the Portuguese by many thousands of years, possibly even of a Carthaginian or even Atlantean civilization. The Government says that the matter is already being investigated with the support of the Portuguese Navy, but many researchers are doubtful that any insight will be forthcoming from the governments regarding these discoveries.

The sailor that made the discovery said that at first he couldn't believe what he had discovered and for some time he kept the secret for him self. With is boat sonar, we has able to measure the size of the pyramid, located about 40meters from the water surface. (you can watch it on the video below) 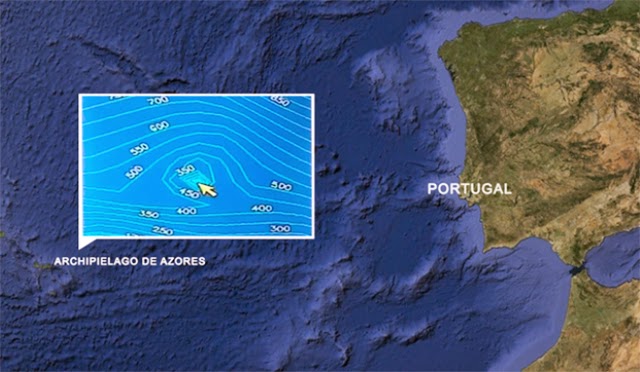 Pyramid Structures of the Azorean Islands

Posted by Atlantean Gardens at 9:01 AM