Baalbek is the name of an archeological site in Lebanon. In Roman times it was known as Heliopolis or City of the Sun. An example of how ancient is the site can be found in that its holiest area (in pagan times) was the Temple of Baal-Jupiter — a hybrid between the ancient Canaanite god Baal (lord) and the Roman Jupiter.

Moreover, this temple was built on a “tel” or ruin mound, indicating a place that had long been held sacred, though what had caused this area to be significant or “sacred” is unknown.

How old are the ruins? 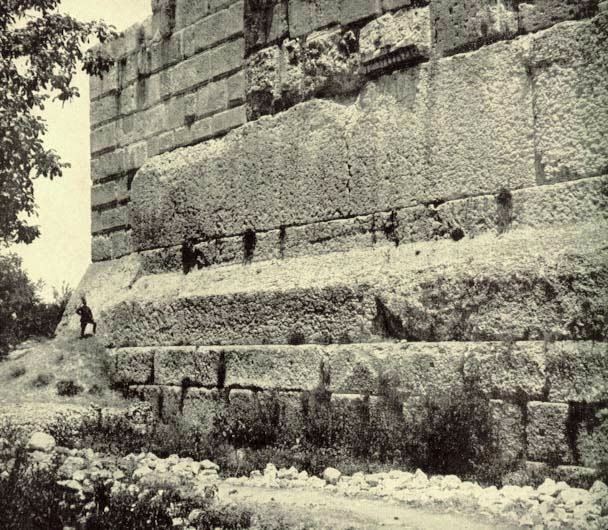 Well, most date from Roman times. They, however, followed the pattern of building upon the “sacred” areas of cultures before them.

This is also evident at Palmyra where the temple of Baal is also built upon a tel or ruin mound. The original Canaanite temples could be 2,000 years older than the Roman remains left today.

The question is, had the Canaanites done what the Romans did? In other words, did they build upon the site as well?

If so, what caused the site to be considered sacred to them? The oldest part of the ruins at Baalbek fit absolutely no known culture, and were originally employed for some mysterious purpose.

Questions constantly crop up concerning these blocks. Baalbek may become a focal point for the dichotomy being uncovered throughout the world today between the prehistoric past we assume existed and our earliest cultures of history. 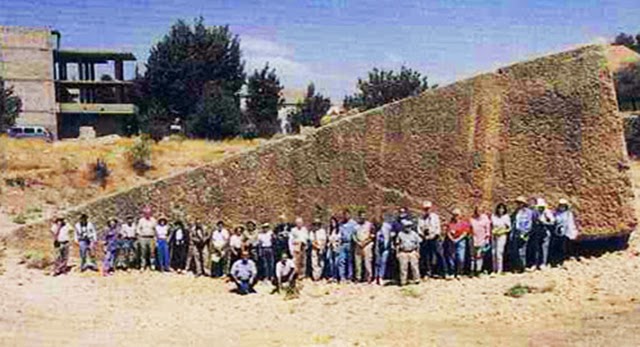 The massive and elegant Roman stonework and columns pale by comparison to the megaliths they were built upon. The temple very visibly incorporates into its foundation, stones of some 1,500 tons. They are some 68 x 14 x 14 feet! They are the largest worked stones on earth!

It is a mystery how such stones could have been moved into place, even according to our science and engineering knowledge of today. It is also a fact the Romans did not use this type of stonework.

To further increase their mysterious origin and original use, these megaliths are not “foundation stones” as they are always declared. They represent the top course of stones of the original edifice, whatever that may have been. Whatever its purpose, it was essential that the greatest stones had to be on top, not on the bottom. The whole edifice is inverted in concept, fact and layout. Below them at least 3 tiers of stones can be found, much smaller though still monumental in size. 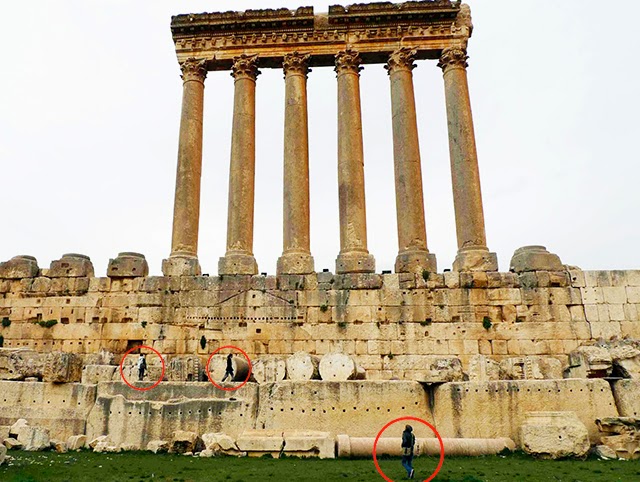 These cyclopean stones are certainly not Roman. The square cut Roman stones are heaped on top of them by the Arabs or Crusaders, whoever turned the ruins into a medieval fortress.  They are not clumsy artifacts, crude and compromised cuts like Stonehenge. They are perfectly fitted 1,500 ton stones forming a foundation not even a huge Roman temple could encompass.

Our own science and engineering today cannot explain them, let alone what their function was. It would seem some unknown culture could move these great stones, place them on top of others, in perfect fit and alignment, before the dawn of our most ancient cultures.

What caused them to pass away without leaving a clue as to who they were and to what purpose they built such a stupefying platform?


Species with Amnesia: Our Forgotten History
﻿
Posted by Atlantean Gardens at 7:05 AM