Moai are monolithic human figures carved from rock on the Chilean Polynesian island of Easter Island. Recent excavations there are revealing new discoveries about the many massive Moai figures carved centuries ago.

Almost all Moai have overly large heads three-eighths the size of the whole statue. The production and transportation
of the 887 statues are considered remarkable creative and physical feats. The tallest Moai erected, called Paro, was almost 33 feet high and weighed 82 tons; the heaviest erected was at Ahu Tongariki, weighing 86 tons; and one unfinished sculpture, if completed, would have been approximately 69 feet tall with a weight of about 270 tons. 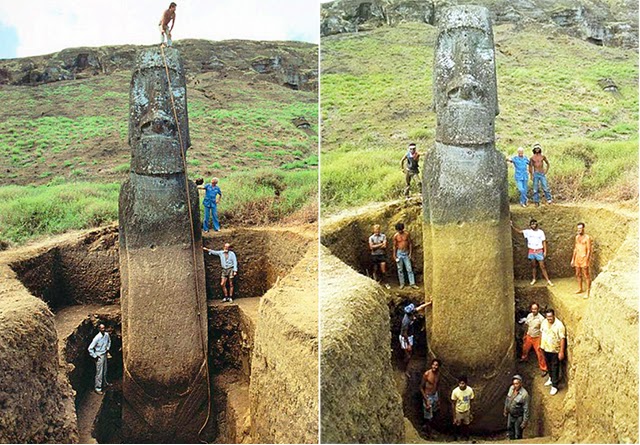 The islanders themselves tore down most of the standing Moai after their civilization broke down.


Species With Amnesia: Our Forgotten History﻿

Posted by Atlantean Gardens at 1:56 PM