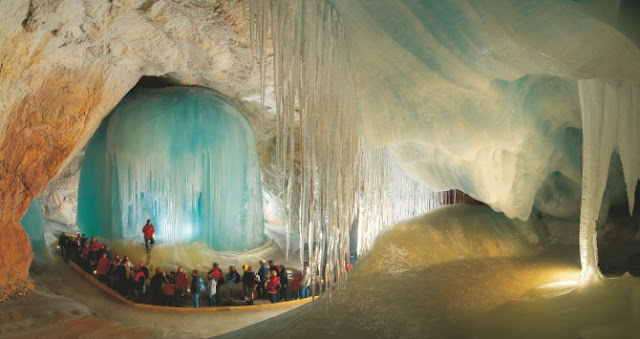 Reed Flute Cave, known as the “Palace of Natural Arts,” is located in southern China. According to a legend, Reed Flute Cave got its name because the reeds by the cave’s mouth could be made into flutes. The limestone cave offers a majestic fairyland of stalactites, stalagmites, stone pillars, birds, and plants in fantastic shapes and colors. 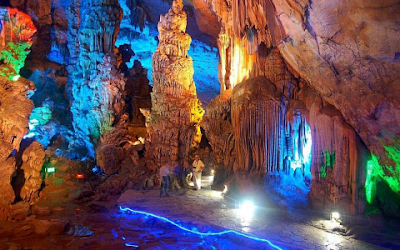 Inside, there are more than 70 inscriptions in ink, which date back as far as 792 AD in the Tang Dynasty. These aged inscriptions tell us that it has been an attraction in Guilin since ancient times. The cave is about 240 meters long and a tour currently lasts about one hour.

The interior of the cave is a veritable show gallery of gorgeous geological formations, created by thousands of years of water erosion on the soft limestone. The walls also consist of beautifully rippling, eroded patterns which have dripped into the rock over millennia. Today, countless multi-colored lights dramatically illuminate the Reed Flute Cave.

The lights are hidden in the cracks and crevices of the space, and the effect is almost surreal, as the lights turn the otherwise dark space into a strange mix of bright neon colors and rough natural shades. 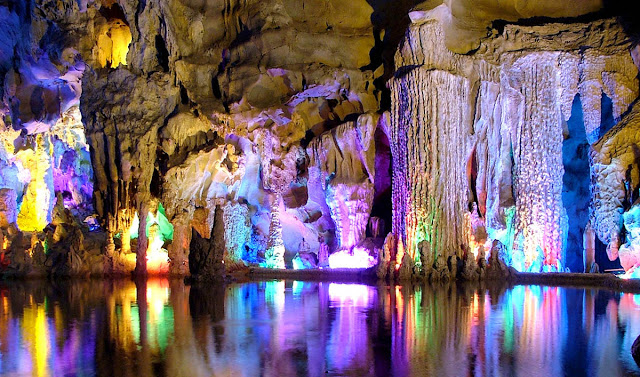 The idea that our planet consists of a hollow, or honeycombed, interior is not new. Some of the oldest cultures speak of civilizations inside of vast cavern-cities, within the bowels of the earth. According to certain Buddhist and Hindu traditions, secret tunnels connect Tibet with a subterranean paradise, and they call this legendary underworld Agartha. 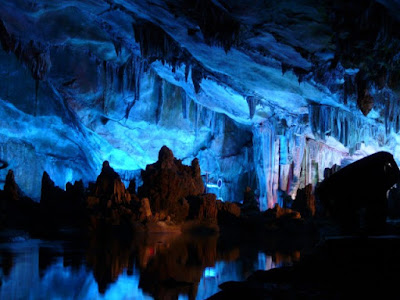 Assuming that the myths are true, and the Earth is partially hollow, how could life survive underground?

How would organisms receive the ventilation required to breathe miles below the surface? What would provide the light needed to see, or to cause the photosynthesis necessary for the plant life that allegedly exists in these inner worlds? Are there any known sources of sustenance available that could provide for a large human population? Where are the entrances to inner earth, and which races live on the inside? 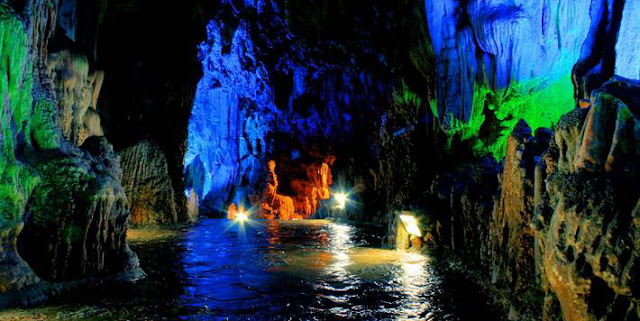 Author and anthropologist, Robert Sepehr, explores these questions and attempts to unlock their riddles, which have eluded any serious consideration in mainstream academia. What are the mysteries of inner Earth?