The Hopi Indians maintain that their ancestors did not arrive from the north, nor by boat, but instead climbed onto the surface from the underworld. The specific place of emergence of Hopi legend lies deep inside the Grand Canyon, an enchanted opening from the mysterious recesses of the earth. 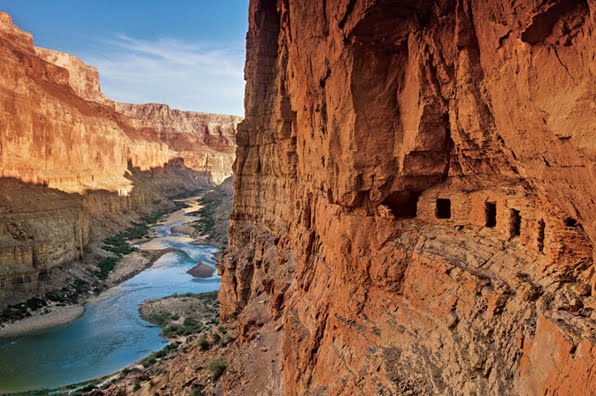 Native American lore states that the Grand Canyon was formed as a result of a Great Deluge, which had drowned the previous third world that had forgotten the path of divinity. Hopi cosmology specifies that here was the place from whence the Hopi emerged from their subterranean refuge after the flood had destroyed the third world. 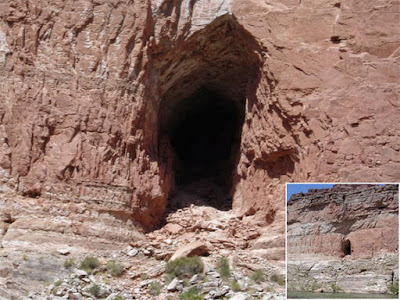 Several inner world entry points are said to be located on their land in the Canyon, one of which is honored in ceremony as the dwelling of an ancient parent race. A sacred site, it is strictly off-limits to all but the Hopi people. The lore further claims that the Hopi were assisted by 'insect (ant) people' who lived in the inner world of caves and caverns, pale humanoids with thin limbs and slightly arched backs.

The Smithsonian Institute may have discovered artifacts inside a massive cavern with intricate passages and rooms, including tablets bearing hieroglyphics. An article published in The Arizona Gazette on April 5, 1909, that the Grand Canyon was once home to a lost civilization, consisting of people of gigantic proportions.

It also mentions the discovery of an enormous underground citadel by an explorer named G.E. Kinkaid, who came upon it while rafting on the Colorado River. The entrance to the city was at the end of a tunnel that allegedly stretched for almost a mile underground. Could there still be civilizations that exist deep beneath the earth? If so, where are the entrances to these inner worlds, and which races inhabited them?


Author and anthropologist, Robert Sepehr, explores these questions and attempts to unlock their riddles, which have eluded any serious consideration in mainstream academia. 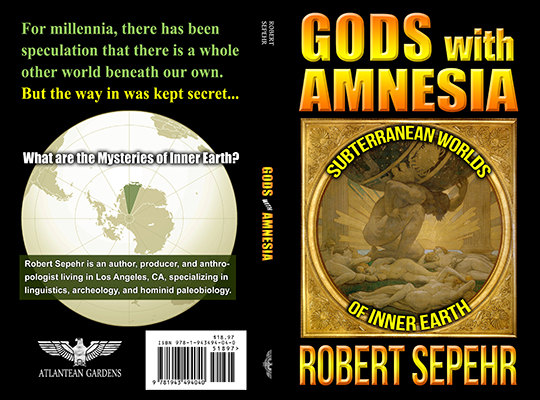 Posted by Atlantean Gardens at 3:22 AM