Ziggurats ("to build on a raised area") were massive structures erected in the ancient Mesopotamian valley and western Iranian plateau, having the form of a terraced step pyramid of successively receding stories or levels. Ziggurats were built by the Sumerians, Babylonians, Elamites, Akkadians, and Assyrians, each part of a temple complex which included other buildings.

Sun-baked bricks made up the core of the ziggurat with facings of fired bricks on the outside. The facings were often glazed in different colors and may have had astrological significance. Kings sometimes had their names engraved on these glazed bricks. The number of tiers ranged from two to seven;  Herodotus describes shrines at the top.


Access to the shrine would have been by a series of ramps on one side of the ziggurat or by a spiral ramp from base to summit. The Mesopotamian ziggurats were not places for public worship or ceremonies. They were believed to be dwelling places for the gods and each city had its own patron god/goddess. 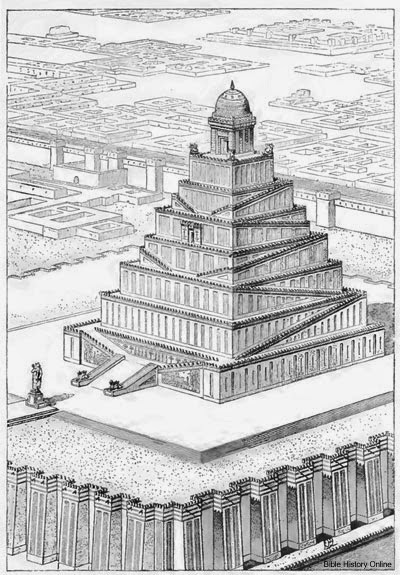 Only priests were permitted on the ziggurat or in the rooms at its base, and it was their responsibility to care for the gods and attend to their needs. The priests were very powerful members of Sumerian society.
An example of a simple ziggurat is the White Temple of Uruk, in ancient Sumer. The ziggurat itself is the base on which the White Temple is set. Its purpose is to get the temple closer to the heavens, and provide access from the ground to it via steps.
The Mesopotamians believed that these pyramid temples connected heaven and earth. In fact, the ziggurat at Babylon was known as Etemenankia or "House of the Platform between Heaven and Earth".
One practical function of the ziggurats was a high place on which the priests could escape rising water that annually inundated lowlands and occasionally flooded for hundreds of miles. Another practical function of the ziggurat was for security. Since the shrine was accessible only by way of three stairways, a small number of guards could prevent non-priests from the shrine on top.
Each ziggurat was part of a temple complex that included a courtyard, storage rooms, bathrooms, and living quarters, around which a city was built. There are 32 known Mesopotamian ziggurats; Four in Iran, and the rest mostly in Iraq.

It has been suggested that the ziggurat was a symbolic representation of the primeval mound upon which the universe was thought to have been created.  The temples of the Sumerians were believed to be a cosmic axis, a vertical bond between heaven and earth, and the earth and the underworld, and a horizontal bond between the lands. Built on seven levels the ziggurat represented seven heavens and planes of existence, the seven planets and the seven metals associated with them and their corresponding colors.
There is archeological evidence supporting a direct link between Mesopotamian ziggurats and the pyramids of Egypt. 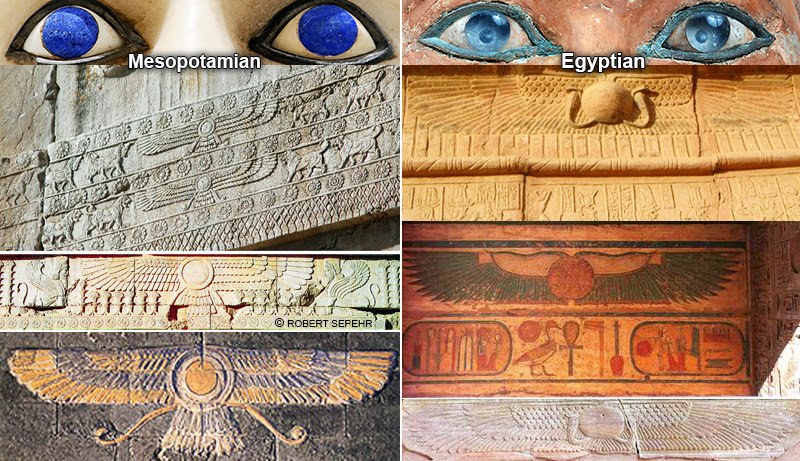 From Egypt, it crossed the ocean to the pre-Colombian societies of Central and South America, which explains similarities between Mesopotamian ziggurats, Mesoamerican pyramids, and pyramids under or on islands of the Atlantic.
Massive Stone Pyramids of Mesoamerica

Posted by Atlantean Gardens at 7:50 AM