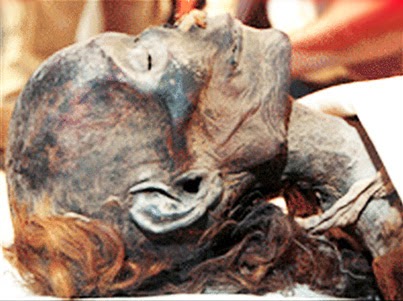 Archaeologists using DNA testing said they have identified a mummy as Queen Hatshepsut, Egypt's most powerful female pharaoh. "We are 100 percent certain" that the mummy is that of Hatshepsut, Egypt's antiquities chief Zahi Hawass told The Associated Press.
The mummy was discovered in 1903 in the Valley of the Kings, but it was left in place until being moved recently.
Archaeologists then took the mummy to the Cairo Museum for testing, said Hawass, setting up a DNA lab in the basement of the Museum. The study was funded by The Discovery Channel, which is set to air an exclusive documentary on the find.
The key clue turned out to be a molar. The royal tooth was found in a beautiful jar bearing the queen's insignia and containing some of her embalmed organs. The tooth was found to perfectly fit a gap in the mummy's jaw.
The mummy identified as Hatshepsut died in her 50s, Hawass said. He said she probably had diabetes and may have also suffered from liver cancer. When the mummy was discovered, the left hand was positioned against her chest, which is a traditional sign of royalty in ancient Egypt. The archeological team is still conducting DNA testing that they hope will conclusively confirm the find.

Molecular geneticist Yehia Zakaria Gad said DNA samples were taken from the mummy's pelvis and femur, so that more genetic tests can be run that compare the mummy to the queen's grandmother, Amos Nefreteri, who was previously identified. Gad said preliminary results are "very encouraging." 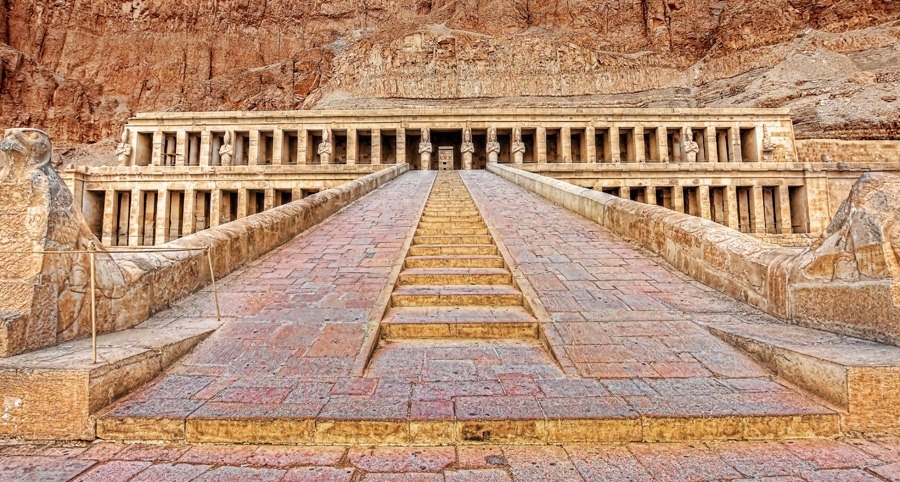 Hatshepsut ruled Egypt in the 15th century B.C. and was known for dressing like a man and wearing a false beard. When her reign ended, all traces of her disappeared. Her 22-year rule ended in 1453 B.C. and was the longest among ancient Egyptian queens.

Faces of Ancient Egypt☥ - Species with Amnesia
Posted by Atlantean Gardens at 11:01 AM