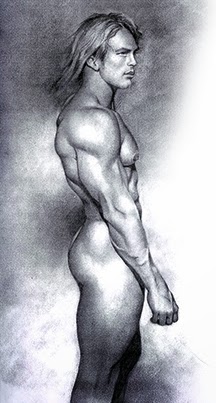 It is commonly known among atheles and martial artists that avoiding sex before a competition or event is a vital contributor towards success, since the expelling of the sexual energy results in a depletion of strength, fortitude, and concentration. This naturally raises the question, "If I never expell the semen, will my strength and stamina grow even more?" In non-western medical traditions such as Ayurveda, Chinese or Tibetan medicine, it is widely known that retention of semen is a source of health, strength, vitality, and general well-being. The drain of energy that is felt after orgasm has a solid scientific basis. Moreover, the easily observable effect of the woman absorbing semen, becoming lively, energetic and happy, is evidence of the energy transmitted.

The semen is a viscid albuminous fluid, alkaline in reaction, which is very rich in calcium and phosphorus, also in lecithin, cholesterol, albumen, nucleoproteins, iron, vitamin E, etc. In the ejaculation of the normal man, about 226 million spermatozoa are given off; these are rich in phosphorized fats (lecithin), cholesterol (the parent-source of sex hormones), nucleoproteins and iron. An ounce of semen is considered to be equal in value to sixty ounces of blood, of which it constitutes an extract of some of its most valuable of constituents, as far as its vitalizing power is concerned. Dr. Frederick McCann remarks on this point, "From what has been stated it must be admitted that the spermatic fluid does possess potentialities justifying the belief of ancient writers concerning its vital properties."

The semen contains substances of high physiological value, especially in relation to the nutrition of the brain and nervous system. If resorption of semen through the wall of the female genital tract has a vitalizing effect on the female organism, the same should be the case in the body of the male in which it is formed and conserved. And conversely, loss of semen must deprive the organism of vitality and valuable substances necessary for the nutrition of nervous tissue, such as lecithin, which has been used therapeutically with great success for the cure of neurasthenia resulting from sexual excess. - Raymond W. Bernard MD 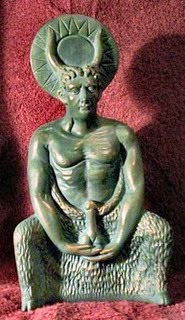 Orgasm depletes enormous energy from the endocrine and nervous systems, leaving the body weak and lethargic until the energies are gradually created again.

'The horror with which ancient literature regarded the fruitless loss of the vital fluid was not a superstition born of ignorance... Surely it is criminal for a man to allow his most precious possession to run to waste.' - Mohandas K. Gandhi, from a talk with Margaret Sanger, 1935, Dr. Bernard. R.W., Nutritional Sex Control & Rejuvenation. Health Research: Pomeroy

Yet, in all of these cases, the mere retention of the energy is not enough. Energy cannot be stored easily or without effort. Experiments with semen retention quickly reveal how agitated and anxious the person can become if they do not know how to direct that energy in a new way. This is why the ancient spiritual traditions taught techniques of transmutation to the initiates. Without transmutation of the retained energy, the trapped forces find other avenues to flow through: such as mental preoccupation, fanaticism, fantasy, obsessive behaviors, depression, and other serious psychological problems. Thus, if you intend on saving your sexual energy, be sure to adopt new behaviors to direct those energies in a healthy way.

Occult Secrets of the Vril
Posted by Atlantean Gardens at 7:40 AM