The Mayan ruler of Palenque, also known as Pakal the Great, ascended the throne as a child and went on to rule for sixty-eight years. Lord Pakal has come down to posterity as the best-known of Mayan kings, albeit his fame derives mostly from his magnificent burial. An interesting inscription is found on the cover stone, which weighs over 5 tons. 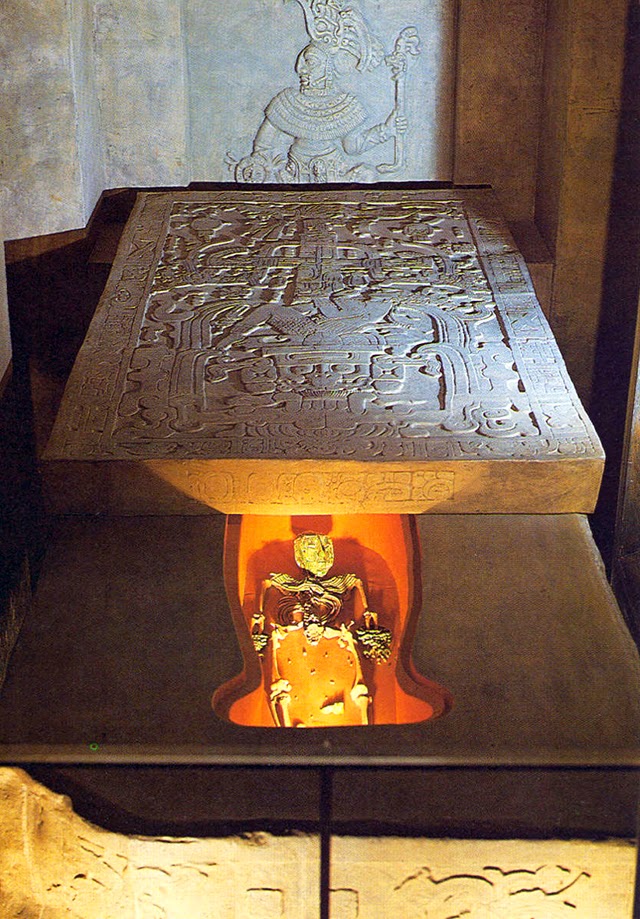 One of the finest examples of Maya architecture is without a doubt the Royal Red Palace of Palenque, in the state of Chiapas, Mexico. Royal residence of the rulers of Palenque since the Early Classic (250-600 AD), Palenque's construction technique is visible in archeological sites dating to the Late Classic and the period of its famous king Pakal. 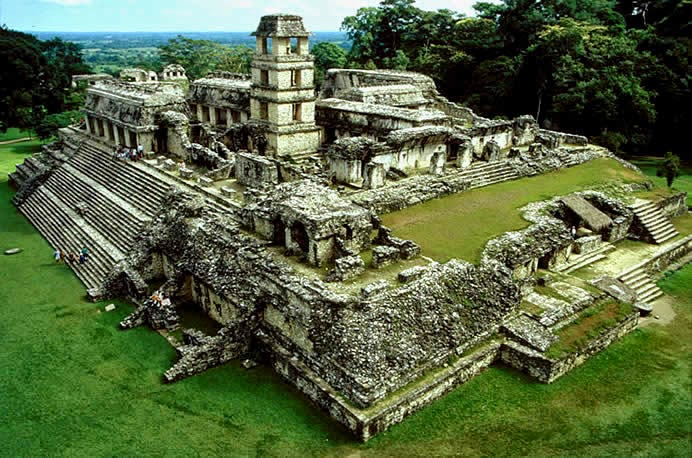 This royal complex was not only the residence of the king, provided with all the comforts such as latrines and sweat baths, but also the political core of the Maya capital, and was used to receive foreign visitors, organize sumptuous feasts, and to work as an efficient administrative center.
In the 7th century, Pakal the Great enlarged the palace and constructed a new throne room. There, the typical characteristics of Maya house architecture, such as high thatch roof and rooms facing an open patio, were replicated in stone, with the addition of stone decorations and crests. The building walls were decorated with stucco motifs and painted in bright colors, mostly red, with elements of blue, yellow, white and green. 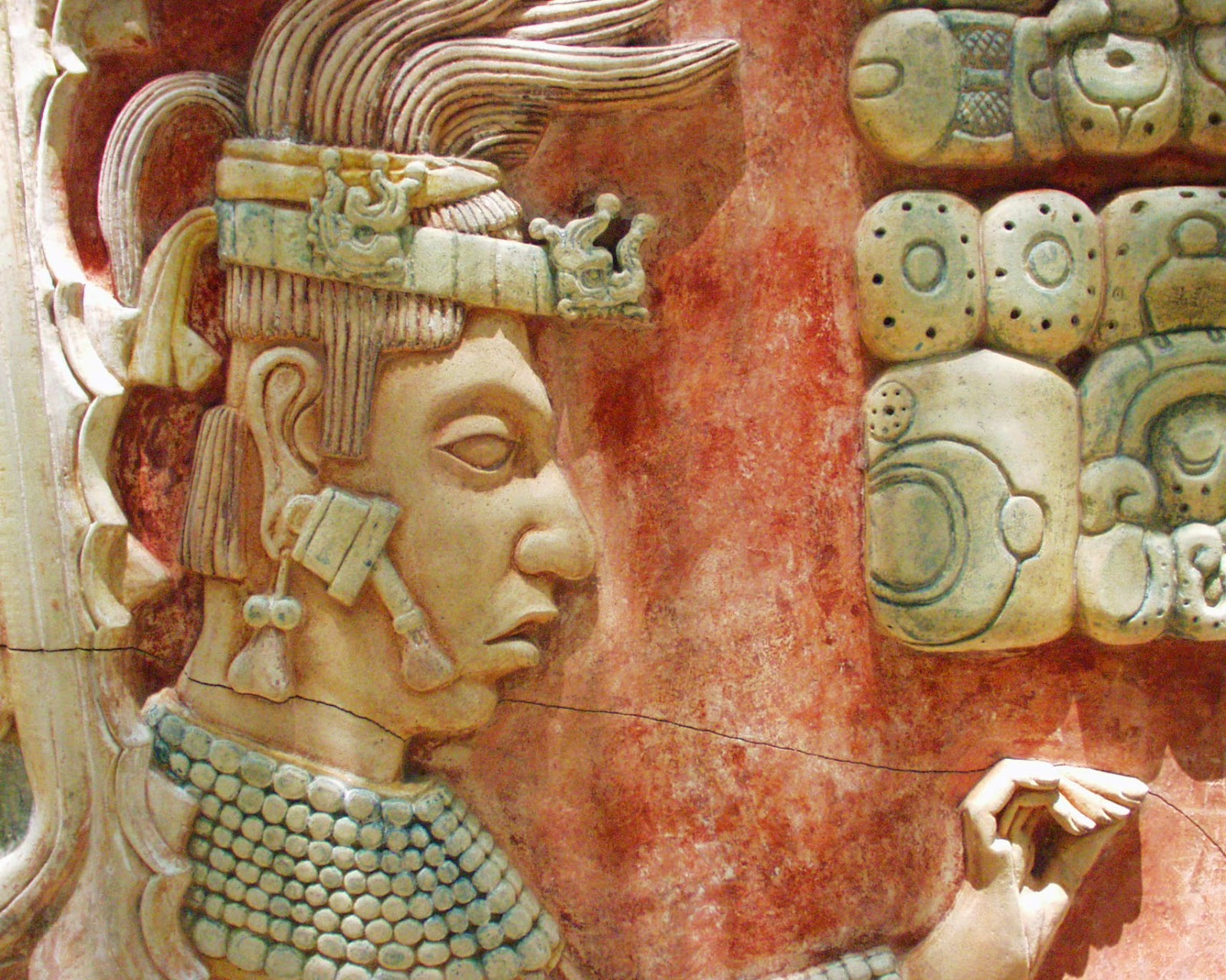 Pakal must certainly have started the Temple of the Inscriptions, intending it as a monument to himself. The completion of its texts and the final architectural touches were left to his son and successor, K'inich Kan Bahlam. 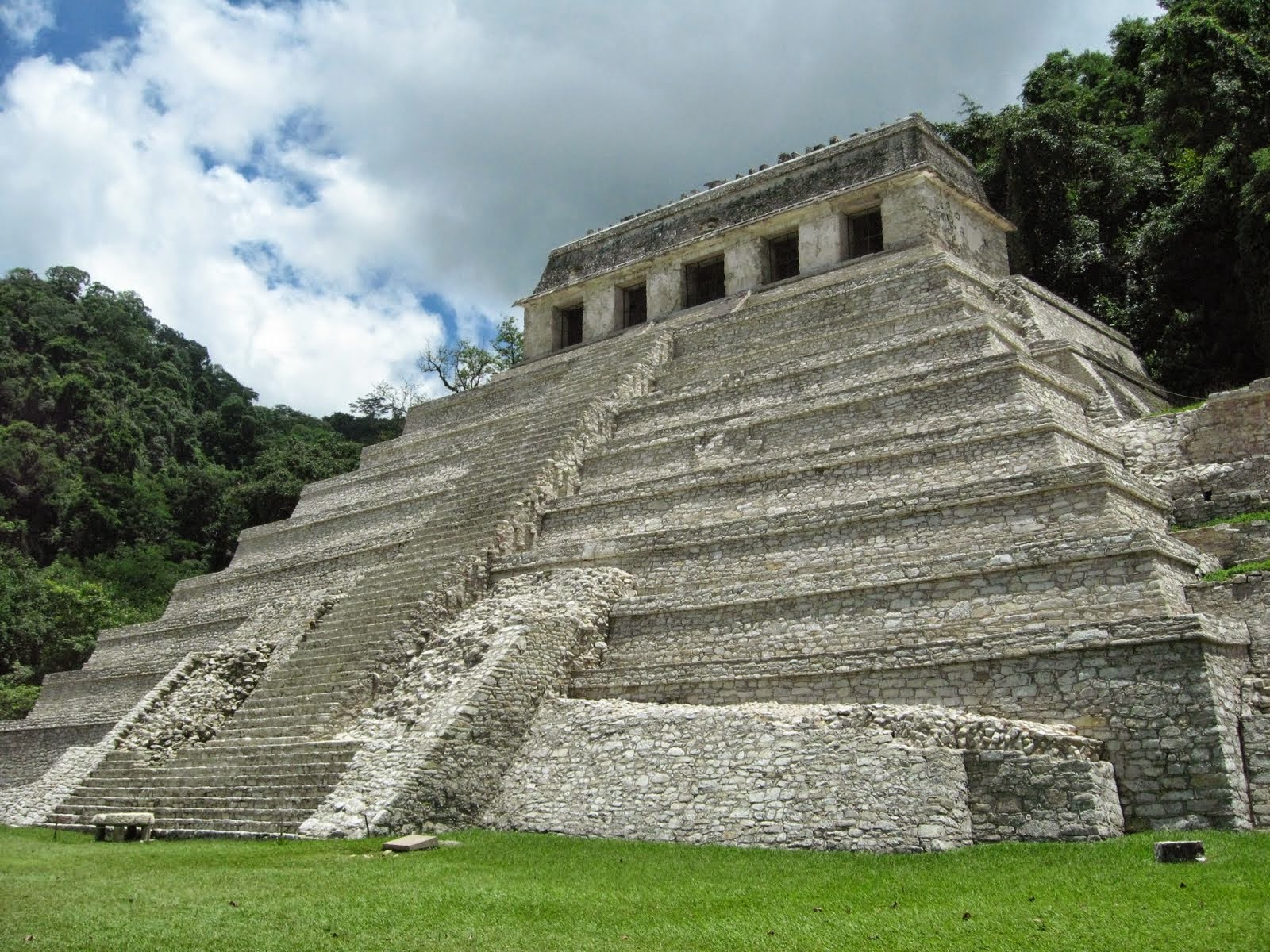 The Ancient Olmec Culture of Mesoamerica
Posted by Atlantean Gardens at 1:07 PM